Mastercard, Visa, Stripe and eBay have all followed PayPal by pulling out of Libra, Facebook’s digital currency, following sustained political pressure and just days before the project’s backers are due to meet for their first board meeting. 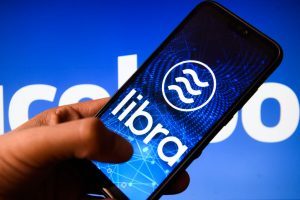 The withdrawals follow intense scrutiny from international regulators and politicians, some of which have called for the project to be halted altogether, citing money laundering concerns and worries about wider financial stability.

“We will continue to evaluate and our ultimate decision will be determined by a number of factors, including the Association’s ability to fully satisfy all requisite regulatory expectations,” a Visa company spokesperson said.

“Visa’s continued interest in Libra stems from our belief that well-regulated blockchain-based networks could extend the value of secure digital payments to a greater number of people and places, particularly in emerging and developing markets.”

An eBay spokesperson said in a statement to the Financial Times that it had made the decision in order to “[focus] on rolling out eBay’s managed payments experience for our customers”.

The Libra alliance, a group largely made up of finance and technology companies, had each decided to put at least $10 million behind the scheme. The remaining members are due to meet in Geneva on Monday to nominate the board for the project.

Some of the initial members were spooked after it emerged that Mark Zuckerberg will testify in front of Congress about the plans later this month, according to several people familiar with the project. In addition, earlier this week, two Democratic senators wrote to Mastercard, Visa and Stripe to express concern about the project and urge them to reconsider the risks the project poses to the government and the financial system as a whole.

Sherrod Brown and Brian Schatz, two members of the Senate banking committee, wrote in their letters: “If you take this on, you can expect a high level of scrutiny from regulators not only on Libra-related payment activities, but on all payment activities.”

Mr Brown continued later: “Large payment companies are wise to avoid legitimising Facebook’s private, global currency. Facebook is too big and too powerful, and it is unconscionable for financial companies to aid it in monopolising our economic infrastructure. I trust others will see the wisdom of avoiding this ill-conceived undertaking.”

People close to the companies said all three of the companies addressed by the senators were concerned about the threat of closer regulatory scrutiny on their business. PayPal had said when it dropped out that it wanted to “focus on our existing mission”.