On the heels of PayPal announcing it will enter the crypto sector, JPMorgan Chase announced that its digital currency offering, JPM Coin, is finally ready for deployment. The token . 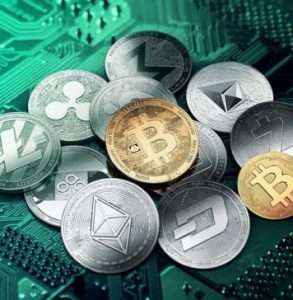 JPM Coin is designed to facilitate JPMorgan Chase’s various cross-border monetary transactions and can be traced back to early 2019, when the bank announced plans to release a dollar-backed cryptocurrency that would eventually be used to process its internal and international transfers.

JPMorgan is one of the largest players operating within the global payments landscape, with the firm reportedly facilitating transfers in excess of $6 trillion across more than 100 countries on a daily basis.

“The market for global, cross-border payments has not had much competition until recently, so I think the addition of new players, regardless of their technology, will have a positive impact,” says Paul Brody, principal and global innovation leader for blockchain technology at Ernst & Young.

“What does matter a great deal is that for business to business payments, if you can make payments a part of a fully digital business contract, you can hugely reduce the cost of running a cross-border deal for enterprises, and that is quite revolutionary.”

According to JPMorgan’s website, “The JPM Coin is based on blockchain-based technology enabling the instantaneous transfer of payments between institutional clients” and “A JPM Coin always has a value equivalent to one US dollar.” In addition, “The JPM Coin will be issued on Quorum Blockchain and subsequently extended to other platforms.”

Takis Georgakopoulos, JPMorgan’s global head of wholesale payments, explained that the JPM Coin, is being used commercially for the first time this week by a large, unnamed technology client to send payments around the world. He added that other clients are being on-boarded.

Georgakopoulos further detailed that the bank is focused on improving wholesale payments, specifically in areas where a better solution could save the industry hundreds of millions of dollars.