Four of Irelands largest banks are joining forces to launch an instant payments digital payment app, dubbed Synch, that they intent to promote to help fend off the threat posed by new payments platforms, such as Revolut and other Neo banks. 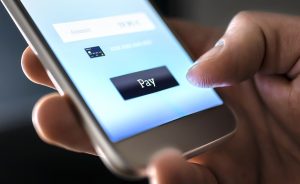 AIB, Bank of Ireland, Permanent TSB and the Irish arm of Belgian bank KBC have come together to set up Synch Payments, a joint venture company to oversee the project.

Notably, Ulster Bank, whose future in the Irish market has been cast into doubt recently, is not involved in the project.

Synch this week provided notification of the venture to the Competition and Consumer Protection Commission (CCPC), which has launched a preliminary investigation into the plan under competition rules.

The Banking & Payments Federation Ireland, the main industry group for the financial services sector, confirmed that Synch was connected to the planned launch of a “multi-banking payment app that will enable Irish users to send and make payments in real time”. “This is now a matter for the CCPC and we await their determination on the application,” the BPFI said.

Synch was established in September, according to records in the Companies Registration Office. It is unclear from the filings so far whether the banks have an equal stake in the venture, or whether shareholdings are allocated on a pro-rata basis according to the banks’ market size.

The joint venture’s directors include Ann Smith, who is director of corporate services at BPFI, and Inez Cooper, a specialist in the cards and payments sector who previously worked on projects for PTSB and Bank of Ireland, and was also head of strategy for AvantCard.

Traditional banks are facing a threat to their card and payments operations from challenger platforms, such as UK FinTech operator, Revolut, N26 and Monzo. Revolut was only established in 2015 and claims to have already picked up about 1.2 million Irish users since its launch here in 2019.

Mainstream banks in several other European countries are planning digital payments apps to counter the challenge posed by the new platforms. For example, Credit Suisse announced it would launch its CSX app.