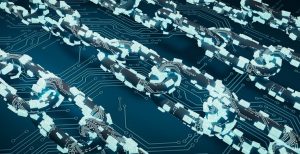 While IBM announced an initial pilot of World Wire in October 2017, the network is now officially accessible in a growing number of markets.

“We’ve created a new type of payment network designed to accelerate remittances and transform cross-border payments to facilitate the movement of money in countries that need it most,” said Marie Wieck, General Manager, IBM Blockchain.

According to IBM, World Wire is the first blockchain network of its kind to integrate payment messaging, clearing and settlement on a single unified platform. Participants are also allowed to dynamically choose from a variety of digital assets for settlement. Currently, World Wire has enabled payment locations in 72 countries, with 48 currencies and 44 banking endpoints.

One reason a number of banks and other regulated financial institutions have expressed interest in joining World Wire is due to the benefits the network could offer to those sending money across borders.

International money transfers, also known as “remittances,” account for a significant aspect of the global economy. According to economists at the World Bank, migrants across the world sent an estimated $574 billion to relatives in their home countries in 2016.

The United States is currently the largest source of international remittances in the world, sending a total of $56.3 billion in 2015. With the exception of the 2008 global financial crisis, remittances sent from the US have been consistently climbing for the past half-century.

With World Wire, clearing and settlement happens in near real-time, as the network uses digital assets like cryptocurrencies and stable coins to settle transactions. These assets serve as an agreed-upon store of value exchanged between parties, meaning funds can be transferred at a fraction of the cost and time of traditional correspondent banking.