Credit cards dominate the Hong Kong payment cards market in terms of transaction volume and value during the review period (2010-2014) – a trend which is expected to continue up to 2019.

An increase in the use of contactless cards, enhanced security on credit card transactions and 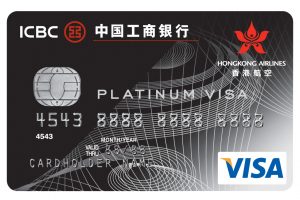 changing consumer lifestyles are the main factors behind this growth.

Timetric Analyst Manish Sah claims that changes in lifestyle have been one of the major contributors of the credit card payments growth in the country, commenting: “Consumer lifestyles have changed drastically. Hong Kongers now spend more on lifestyle goods and services, such as smartphones, tablets and recreation services, than ever before, resulting in the increased use of products such as personal loans and credit cards. Pursuing tertiary education and dining away from home were also prevalent factors of a rising demand for credit cards.”

The demand for premium credit cards is gaining traction in Hong Kong with the growing presence of a high income population. Consumers have become more sophisticated, with credit cards being an essential part of their lifestyles. Therefore, to serve the most profitable consumer segment, banks are offering exclusive benefits and rewards. For example, HSBC started offering Red Hot Rewards of Your Choice to consumers from January 2016. This reward program offers a cashback on dining, entertainment, and lifestyle expenditures around the world.

In addition to premium credit cards, multiple currency cards are also getting popular among Hong Kong consumers. Banks are increasingly issuing dual- and multiple-currency credit cards to capitalise on the increasing cross-border trade between Hong Kong and mainland China, as well as to cater to the fast-growing Chinese population working and studying in Hong Kong.