Its neither a cryptocurrency nor does it run on blockchain, aside from these minor points, US and European banks are also steering clear of Libra, Facebook’s project for a new cryptocurrency, citing fear of antagonising regulators and cannibalising their own digital currency projects 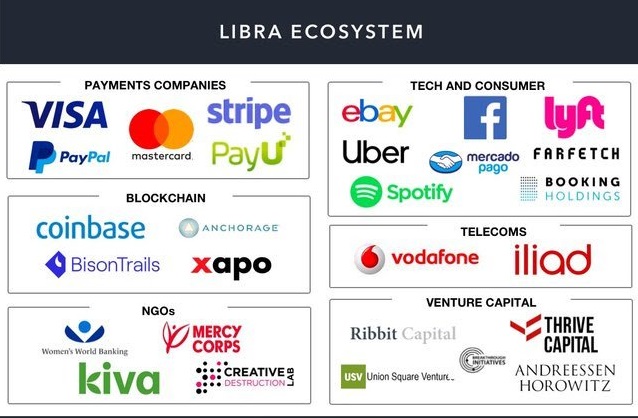 In the weeks since Facebook announced its plans for a new digital currency, there has been silence from the banks about a project that threatens to break down their role as gatekeepers of the global financial system.

“We’re still learning what it is and trying to work out where we stand on it; are we an opponent, partner or do we ignore?,” said a person familiar with the approach to the project of one of the world’s biggest banks.

No banks were on the initial list of 27 other partners for the Libra Association, which will oversee the currency, though David Marcus, who is leading the project at Facebook, said he wanted to “absolutely and strongly deny the fact that we’ve approached banks and banks have said no”.

Meanwhile, several banks are pushing ahead with projects to speed up payments, which some said would overtake the Libra initiative.

Mastercard, which is part of the Libra project, is working with six Nordic banks to build a payments system that would allow real-time transfers, and be used across multiple currencies in multiple countries.

Paul Stoddart, Mastercard’s president of new payment platforms, said he expected to see “more initiatives like this around the world where there are groups of countries or regions that are economically more tightly integrated”.

In the US, The Clearing House, a payments company backed by a coalition of 25 large banks including JPMorgan Chase, Bank of America and Citigroup, offers domestic real-time payments on a network, launched in 2017, that already connects half of the country’s deposit accounts.  And on June, 13 of the world’s biggest banks including UBS, Lloyds Banking Group and MUFG, announced plans to launch their own digital coin for use in wholesale banking.

A senior executive at one of the banks involved said: “Facebook is right that cross-border payments are clunky and convoluted and you have to go through far too many counterparties, but banks are getting involved and will solve this problem and solve it pretty quickly.”

The banks expect that the first institutional transaction with the “universal settlement coin” will take place within a year, and could be a cross-border trade.  Meanwhile, the head of innovation at another US bank said the industry needed to understand a lot more, including the purpose of the Libra coin, the regulatory environment and the system’s technical underpinning before they could commit to the project.

“We will be talking to them [Libra] very soon,” he said. “There’s a huge amount of scepticism but there’s some enormous names who have put up $10m a pop; there’s enough names of enough reputable organisations that have put up $10m to be a part of it to say there’s something there.”

A senior executive at a third large US bank said he did not believe banks would have to lobby very hard to ensure that Libra attracts the same know-your-customer and anti-money-laundering scrutiny as traditional payments networks, which will heap costs on the project.

“If this thing has the scale of 2 billion people who can move money around outside of the financial system (without AML/KYC), it makes a mockery of the system,” he said. “We won’t have to persuade them in Washington . . . regulators are at it, they’ll make them lift to the same standards as everyone else.”

The executive added that Facebook, which recently hired a prominent lobbyist from Standard Chartered, had already mishandled the regulatory piece by announcing their plans without having first brought regulators onside.