New research reveals that in spite of growing positivity, the complete implementation of Open Banking will take financial institutions many years to realise.

The survey of 308 executives across 12 countries found that four in ten (40%) believe it will take their institution between 5-10 years to realise its OB objectives, and a further 37% believe it could take over a decade.

These cautious timescales reflect the size of the task at hand, with many organisations embarking on complex, large-scale open banking transformation projects that will take several years to realise.

Of those surveyed, executives in Spain (37%), Italy (34%), and France (30%) were most optimistic about their open banking timescales – predicting their institutions’ objectives can be completed in under five years. 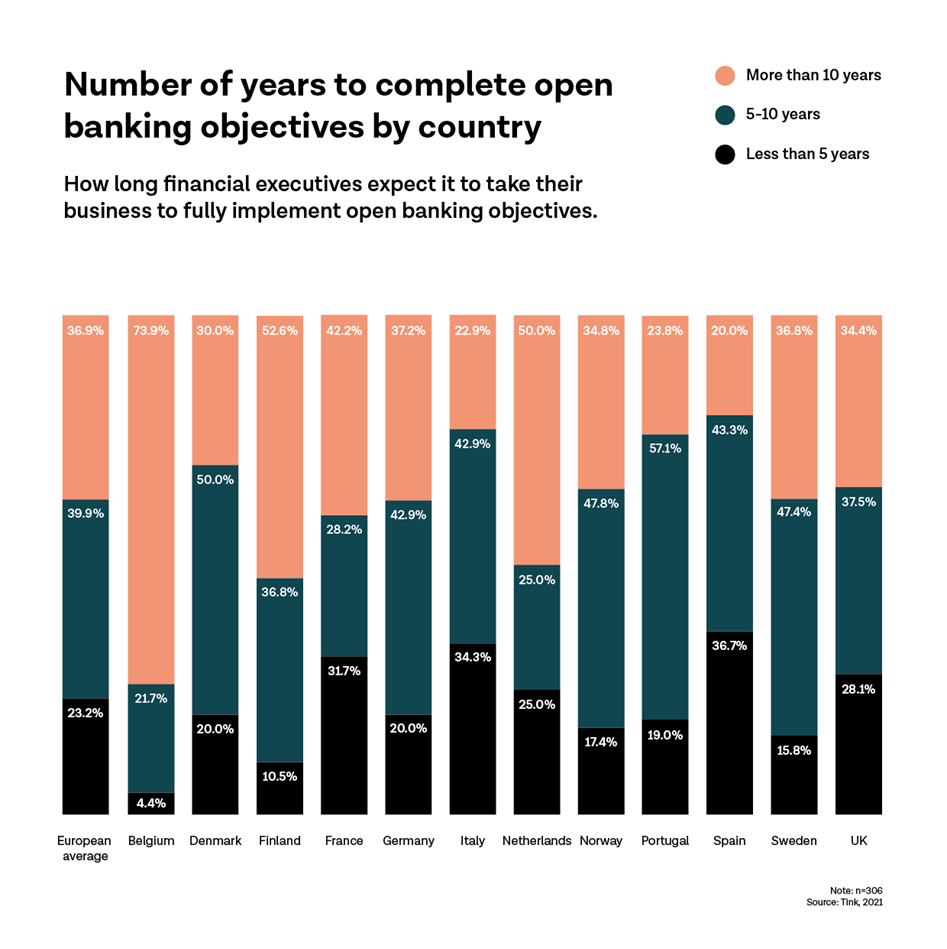 This reflects a more limited scope for OB strategies in these markets, focusing on short term compliance-based use cases rather than larger scale open banking transformation projects.

Meanwhile, with the UK a trailblazer for the OB movement, it is unsurprising that its executives are positive about the completion of their Open Banking objectives, with over one in four (28%) expecting their institution to deliver on its objectives in under five years.

When examined across sectors in Europe, challenger banks and wealth management firms are most bullish when it comes to timescales, as 75% and 74% respectively believe their institutions’ OB objectives can be achieved in under a decade.

At the more cautious end of the scale, only 55% of mortgage providers, 56% of credit providers, and 57% of payment service providers believe they can reach OB maturity within a decade.

Open Banking: a revolutionary force on the industry

While legacy infrastructure and technical challenges mean the pace of OB transformation may be relatively slow, there is evidence that financial institutions have a keen appetite to embrace its benefits.

Over four in five (83%) European financial executives believe Open Banking is having a revolutionary effect on the financial services industry, and positive sentiment towards OB continues to rise – up from 55% in 2019 to 71% in 2021. 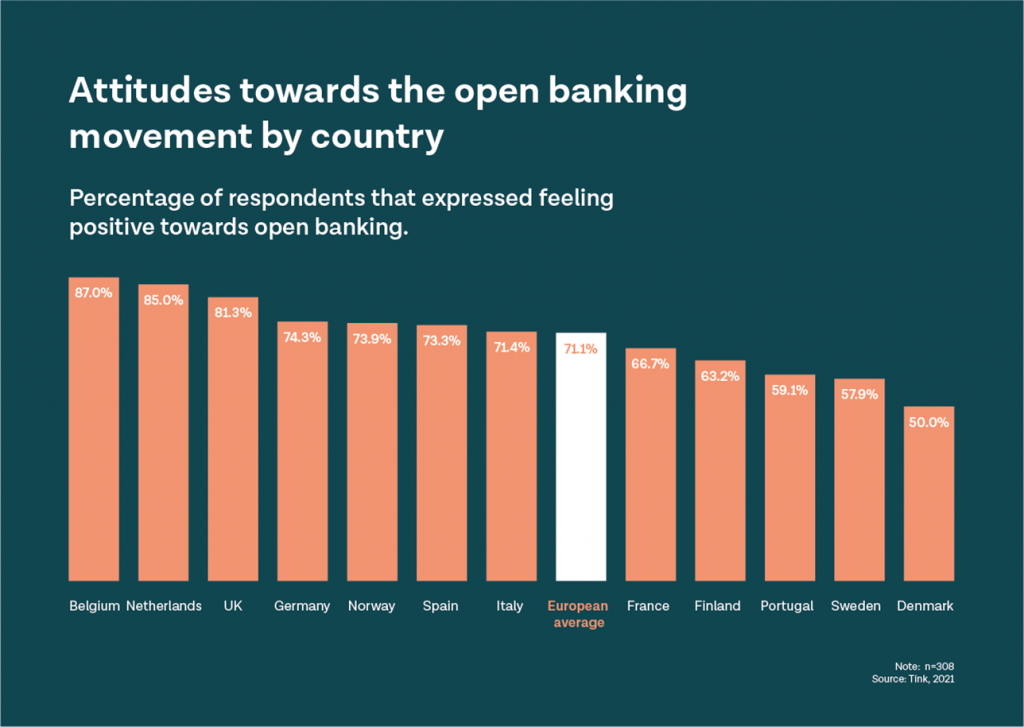 Financial institutions across Europe are also waking up to the size of the OB prize – recognising immediate commercial opportunities to be realised by enhancing the customer experience (36%), launching new digital services (35%) and increasing revenue (34%).

“But we know an open banking revolution won’t happen overnight and we recognise that the pace of change may be slow as institutions grapple with complex transformation projects that could take over a decade to deliver.

And it’s not because of a lack of appetite on the part of financial institutions – many find themselves held back by legacy infrastructure or technological challenges. This is where FinTech partnerships can work to catalyse open banking strategies.

Building open banking infrastructure is difficult – rather than embarking on in-house transformational projects which can take a decade to come to fruition, smart partnerships can shortcut timeframes and leapfrog legacy systems, allowing institutions to reap the rewards of open banking earlier than they might realise.”