E-commerce in Africa: can the promise of the continent be fulfilled?

In a recent issue, PCM’s lead feature examined the potential and risks associated with African payments. Now research from global payments firm PPRO claims to show that Africa and the Middle East catching up with the rest of the world in online shopping – even though their data suggests there’s still a long way to go.

PPRO’s report says the e-commerce market is now worth $79 billion across the Middle East and Africa, representing growth of around a third over the past year. Within such a vast area, however, there are significant disparities in the adoption of online payments, caused by everything from massive income inequality to low bank account penetration, poor internet access and even patchy delivery systems. 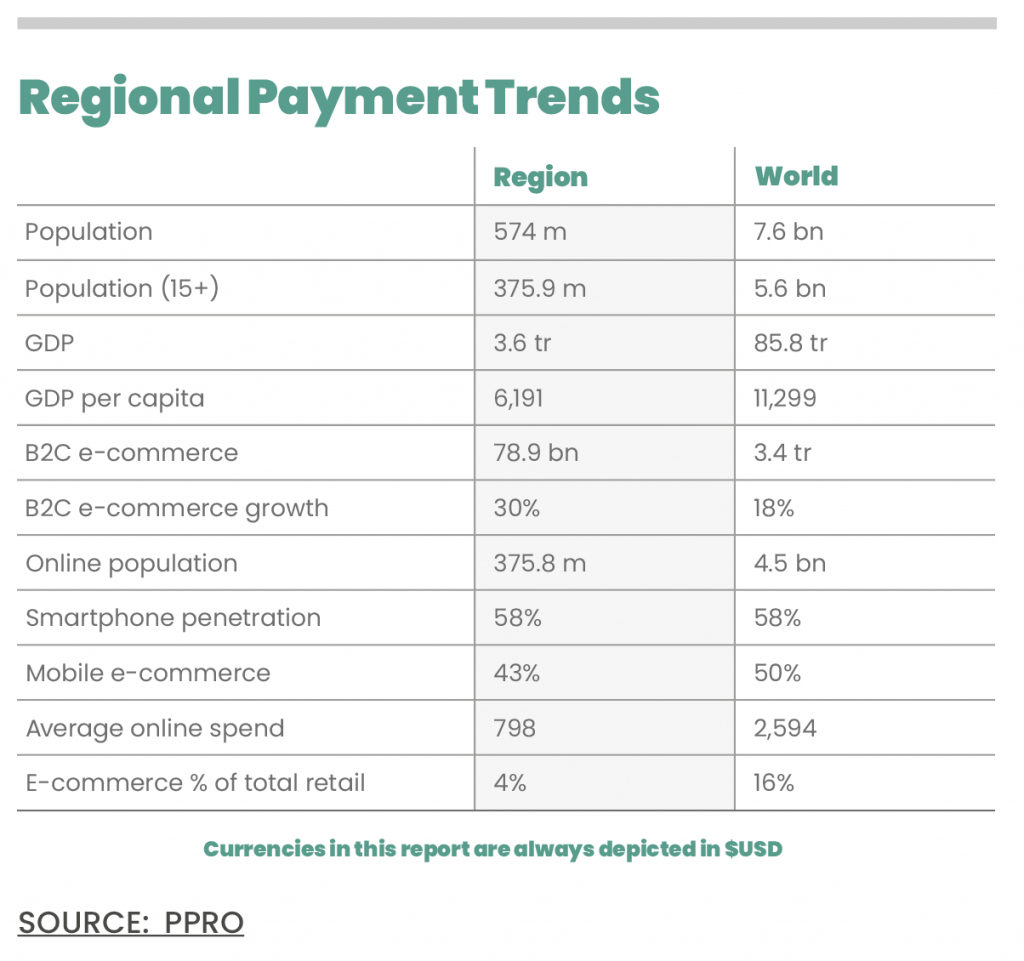 Across the Middle East, e-commerce accounts for 5% of all retail purchases, almost five times the 1.1 percent seen in sub-Saharan Africa. Demonstrating the wide range of markets included in this study, Morocco saw less than one percent of sales via digital channels – whereas Saudi Arabia came closest to meeting the world average, at 8.6% of all sales against a global average of 16%.

Such disparities may cause the impartial reader to question the value of lumping this vast geographical region into one study. Nonetheless, there are some identifiable similarities, not least the relationship between a healthy banked population and access to smartphones on the one hand, and rapid growth in e-commerce on the other.

It will come as no surprise, then, that Kenya has one of the best records in sub-Saharan Africa on e-commerce, with growth of 17% in e-commerce sales predicted for 2020.

However, this is still a paltry one percent of all retail sales, barely a quarter of the regional average and one-sixteenth of the world average. Again, South Africa is highlighted as the best-performing e-commerce market in sub-Saharan Africa, tipped to grow at 24% this year – but even then, e-commerce accounts for just 2% of all retail sales.

The report’s authors caution that income disparity can often be a better indicator of e-commerce growth than either internet access or smartphone penetration, noting that (for example) the top 1% of earners in Saudi Arabia make 150 times more per year on average than the bottom 50%.

This leads to the creation of a tiny elite whose e-commerce spend is significantly higher than any other population group – and high spending by that elite gives a “false positive” view of how e-commerce is progressing at a national level.

Although PPRO note the welcome rise in financial inclusion in Africa, pointing out that 20% more Africans now hold banking relationships compared to two years ago, they also acknowledge that the entire financial services market continues to be hampered by poor access – whether to traditional bank branches, or to digital services through the internet.

In summary, while there are lessons to be learned from PPRO’s round-up of e-commerce in the Middle East and Africa, the twin spectres of income disparity and continuing financial exclusion for the poor make it hard to draw convincing lessons from their research, beyond the fact that e-commerce volumes are growing fast from a very low base and financial exclusion is improving.

That said, and using PPRO’s own figures as a baseline, the region may have caught up with the rest of the world in the next five to seven years – provided that growth continues on its current trajectory.

The post E-commerce in Africa: can the promise of the continent be fulfilled? appeared first on Payments Cards & Mobile.