The FCA says that UK financial institutions have recorded nearly 3m complaints over their products or services in the last six months of 2016. 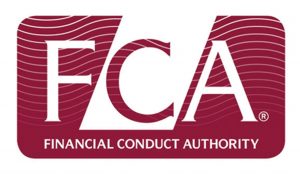 The figures, published on Wednesday, provide a snapshot of continued customer ire, even as British banks are trying to draw a line under costly mis-selling scandals. The spike in the number of complaints comes after the Financial Conduct Authority revamped how it calculates official data – according to an article in the FT.

The FCA previously did not count complaints that were dealt with before the end of the next business day in their totals, which would suggest that simpler problems were left out.

“Consumers want a simple way to complain that does not leave them out of pocket. And they want to be assured that their concerns will be dealt with fairly and quickly,” said Chris Woolard, the FCA’s head of strategy.

“These data will provide us with improved intelligence on complaints including new detailed data to show where industry is potentially failing consumers at product level.”

Even though there has been a steady decrease in complaints over payment protection insurance in the past year, PPI remains the product that attracts the most criticism. There were 895,000 PPI-related complaints — or 29% of the total number — in the second half of 2016.

That compares with 927,631 PPI complaints in the first half of the year. The FCA announced last month that it would impose an August 2019 deadline to seek redress for PPI — the UK’s costliest mis-selling scandal that has cost banks £34bn so far.

Barclays received a total of 438,237 open complaints, the highest number for a single institution. However, when the numbers for Lloyds Banking Group are added to those for Bank of Scotland — which Lloyds acquired as part of a government-sanctioned takeover of HBOS at the height of the financial crisis — Lloyds’ total rises to 564,385 open complaints.

Lloyds was historically the UK’s largest provider of PPI. The state-backed lender, which will report its first-quarter earnings on Thursday, has also said it will set aside £100m to compensate victims of a fraud at the HBOS Reading branch. Across all categories of complaints tracked by the FCA, a total of £1.9bn of compensation was paid out by banks in the last six months of 2016, the data show, with the vast majority attributable to PPI redress.

Beyond PPI, other spikes in complaints were for registered current accounts and credit cards, two areas that the regulator is already scrutinising. Current accounts prompted 514,000 complaints, or 17% of the total.

This does not include packaged accounts, which for the first time are a separate category that caused 172,000 complaints. The watchdog said earlier this month that it would look at how banks make money from current accounts, including the free-if-in-credit banking model.

The FCA said this month that lenders will have to do more to help the 3.3m people in Britain in persistent debt, including waiving charges and fees in some cases altogether. “The increase in complaints to the FCA will come as a wake-up call to UK banks. Low interest rates are suppressing margins, new competition is chipping away at the profitability of banks and compliance pressures are dominating the agenda,” said Tiffany Carpenter, head of customer intelligence at SAS UK & Ireland, an analytics provider.

“All of which is impacting banks and their ability to invest in the large infrastructures and complex processes traditionally at the heart of customer engagement strategies.”