Visa and MasterCard are reported to be planning to increase interchange fees as well as fees that card networks charge financial institutions for processing card payments for merchants. 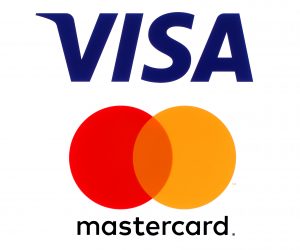 Though merchants are broadly unhappy with the potential development, the cost is typically passed on to the consumer. In September 2018, the card networks settled an anti-trust lawsuit over these fees with a $6.2 billion payment.

In Europe, Visa and Mastercard have offered to cut merchant interchange fees for non-EU credit and debit cards by at least 40% to end an EU antitrust investigation, part of a decades-long crackdown by the European Commission against such interchange fees. The EC argued that interchange fees result in higher consumer prices.

Despite the unpopularity of the increases and the obvious focus that will be retrained on the card networks by various regulators, a Visa spokesperson confirmed that the fee increase would go into effect in April, 2019, but only for merchant banks, and not merchants.

“Visa’s network fees are paid by our financial institution clients and used to enhance the safety, efficiency and innovation of our platform, and are set based on market conditions and to reflect the value we deliver.” She said the new price changes impact fees that Visa hasn’t adjusted in at least three years.

Merchants often increase the prices consumers pay following such fee increases, in an attempt to protect their own profits. Roughly 1% to 2.5% of prices for goods and services go to cover card fees, according to people familiar with merchant pricing. Consumers often pay for those fees whether they pay with cash or card.

Discover, which is quietly raising its interchange fees, hasn’t released its 2018 annual report yet but the 2017 one showed $9.6 billion in revenue and net income of $2.1 billion, or 22%. And the net income or profit reports were after taxes.