The P2P lending economy of China was one of the biggest markets that happened to the economy as investment options diversified, and loans were made available for even those who couldn’t afford what the major banks were offering. 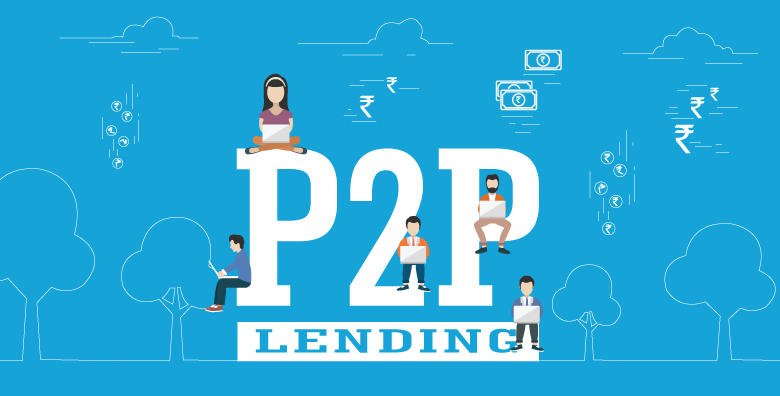 The prospect of lending beyond the borders and strict constraints of banking regulations had the P2P market booming like never before, with over 3,383 platforms emerging in the landscape over the course of 10 years. Over time, the monthly transactions associated with these platforms blossomed to over 130 billion RMB, a sheer sign of the heights to which the P2P lending paradigm had reached.

Three core reasons were attributed to the meteoric rise of P2P lending in China during its golden years, namely the increasing financial demands of the Chinese SMEs, an overwhelming increase in available funds on the part of investors, and an improvement in the penetration rate of the Internet in the country.

However, the so called shadow banking assets declined last year, marking the first time that these riskier funds have shrunk in a decade. While this might have been something to celebrate three years ago, the ongoing effects of the US–China trade war and COVID-19 have slowed China’s economy. China needs to combat slowing growth and some are bemoaning the decline of shadow banking, arguing that it can bolster economic activity.

Shadow banking involves the funnelling of funds from the banking system into riskier lending channels — such as trust loans, entrusted loans and wealth management products — that provide a way for entities not eligible for full bank financing to continue to operate.

By 2016, accumulated risk in the system was addressed by way of a ban that eliminated many of the sector’s worst practices and helped to reduce contagion from one risky asset spreading to another. Regulations included the tightening of rules on wealth management products and trust products in November 2017, P2P lending rules that prohibited illegal fundraising in mid-2017 and restrictions on the asset management business of commercial banks in July 2018.

Entrusted loans, trust loans and bankers’ acceptance flows declined through most of 2018 and 2019. Total shadow banking assets have declined by 20% since the beginning of 2018 and now represent 50% of GDP. Shadow loans have fallen by $1.7 trillion since 2017.

At the same time, China is carrying out a deleveraging campaign to reduce the debt held by state owned enterprises. These firms increased their debt holdings in order to carry out the central government’s directive to bolster the economy in the wake of the global financial crisis. But the debt burden led many of these companies to take out new loans in order to repay old ones. These debts are draining the financial system. The deleveraging campaign started at the same time as the crackdown on shadow banking.

Notably, China’s deleveraging and crackdown campaign sharply reduced P2P lending — direct lending to individual borrowers often plagued by sub-optimal lending practices. After a series of new regulations were announced, the central government made it clear that P2P platforms that failed to measure up to the new rules would be shut down. Many provinces closed down all P2P lenders because they did not have the capacity or will to monitor firms closely enough to determine those engaged in illegal activity.

While some of the de-risking and deleveraging manoeuvres have been economically beneficial, there are also negative side effects. Declining flows from wealth management products to longer term projects — such as infrastructure — have slowed the activities of public–private partnerships and reduced the horizon for local governments to carry out their construction mandate in order to boost GDP.

Despite increasing regulation of the shadow banking sector, the practice is still China’s cushion and might make a comeback. The real sector is suffering. Local governments lack funds for stimulus and are increasingly relying on debt-fuelled projects to spur GDP. Shadow banking could act as a financial source of last resort, even if it is risky.

There are signs that this risk may be tolerated to some extent. Head of the China Banking and Insurance Regulatory Commission Guo Shuqing supported the crackdown on shadow banking but recently changed his tune and is allowing banks to increase their tolerance of bad debt during the COVID-19 outbreak. Banks have also been directed to increase lending and extend repayment schedules in areas strongly affected by the coronavirus. At the beginning of February 2020, regulators granted a grace period for banks that are struggling to meet the tightest shadow banking rules.

Shadow banking will be a double-edged sword for the Chinese economy. While it may temporarily give the economy the nudge it needs to maintain target GDP growth levels, granting permission to banks to lower lending standards is likely to result in the doubling of bad debts. It is a desperate measure fit for desperate times.

Guo remarked before the coronavirus outbreak that China should continue to dismantle shadow banking by focusing particularly on high-risk shadow banking. This suggests that the industry will experience renewed suppression when the crisis is over. Shadow banking is unlikely to make a major comeback or to remain in vogue past the conclusion of the coronavirus pandemic.

Shadow banking is one of the riskiest aspects of China’s financial system and has been subject to extensive regulation. Whether more shadow bank activity will be tolerated due to the coronavirus outbreak is yet to be seen. But a resurgence in shadow banking is unlikely to last.