The Bitcoin price plummeted as much as 23% Thursday afternoon after nearing an all-time high just weeks before, the cryptocurrency extended Friday’s tumble amid concern China will tighten rules on the digital currency to curb capital outflows. 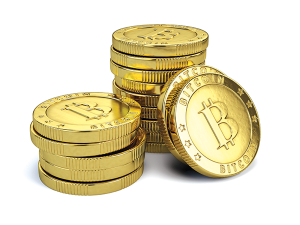 The cryptocurrency slid 0.5% to $893 in Hong Kong, after falling as much as 10% on Friday. The People’s Bank of China’s Shanghai branch said in a statement late Friday that its officials, along with the city’s financial office, asked bitcoin trading platform BTCChina.com to conduct self-checks and rectify any problems.

The State Administration of Foreign Exchange has scrutinized some major bitcoin exchanges, possibly to investigate the use of the digital asset to evade capital controls, QQ.com reported.

Bitcoin rallied since early 2015 as Chinese buyers turned to alternative assets to hedge against the weakening yuan and take cash out of the nation. By buying bitcoin onshore and selling it offshore for another currency, investors can evade the tightening scrutiny on fund outflows. Other than a ban on financial institutions’ involvement, Chinese regulators had largely taken a hands-off approach on the cryptocurrency.

“Bitcoin is one of the rocks they haven’t turned yet in terms of controlling the flows,” said Zennon Kapron, managing director of Shanghai-based consulting firm Kapronasia. “It’s inevitable that there’s going to be something but the question is what the regulations will be when it happens.”

This is not the first time China’s government has sent bitcoin tumbling. In 2013, it banned financial institutions from handling bitcoin transactions, sparking a slide in price. The PBOC reiterated that stance in Friday’s statement, saying that bitcoin is a virtual commodity without the legal status of a currency. It characterized recent bitcoin moves as “unusual.”

Bitcoin has become increasingly volatile since rallying to a record-high $1,162 on Thursday, slumping 11% that day after the yuan jumped. In December it surged 28%.