Analysis from Kearney has found that the performance of retail banks is likely to return to pre-COVID levels within three to five years, although profitability will remain under pressure in the next two years.

This year’s instalment looks at how retail banks have fared against the disruptions caused by COVID-19 and looks forward to how the sector’s recovery may be shaped. 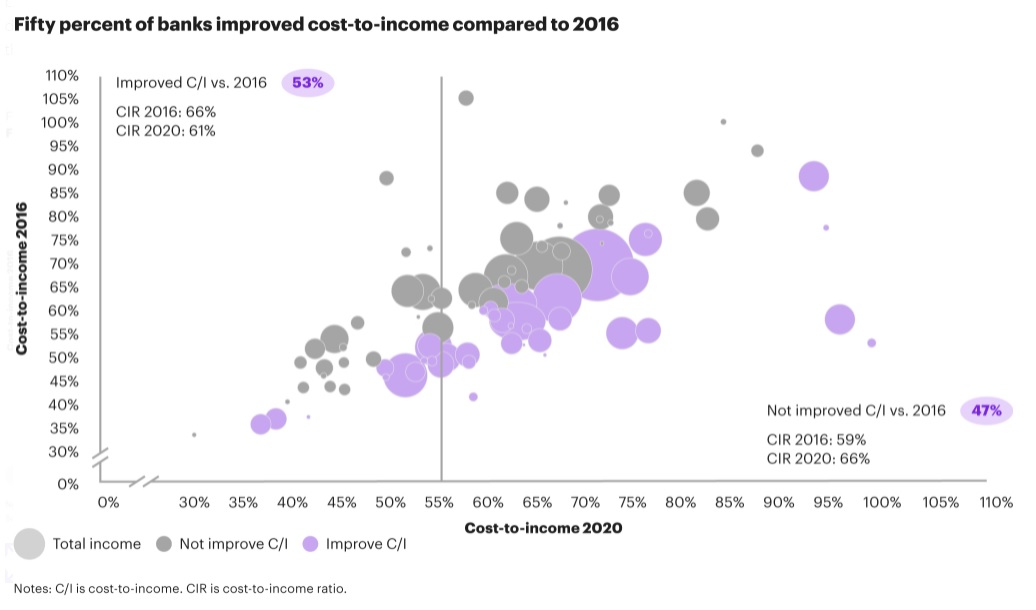 The report emphasises that risk mitigations such as Government support and proactive risk management successfully softened the anticipated blow. Nevertheless, one in 10 banks reported losses, and average profit per customer declined 30%.

Overall, 70% of banks generated average profit per customer of under €100, compared with the 40% of banks the year before.


Further, 19 of the 22 countries analysed reported an income decrease compared to 2019 levels, with UK banks reporting the highest decline of 10%.

The past five years have also seen banks take action to reduce operational costs. On average, headcount has been reduced by 9% and branch networks by 19%.

“There’s no doubt that the COVID-19 crisis has had a significant impact on retail banks, but the fallout has been less severe than last year’s prediction,” explains Simon Kent, Partner and Global Head of Financial Services at Kearney.

“This is largely due to the interventions that were put in place, with many lessons learned from the global financial crisis. We predict that European banks will return to pre-COVID performance within 3 to 5 years but increasing profitability will require cost reductions of €35-45 billion during this time.

The trajectory of European retail banking has certainly changed, but as we adapt to the ‘new-normal’, European economies will recover, and banks will have the opportunity to become the engine of the recovery.

Unlike with the financial crisis, retail banks have regained clients’ trust by providing financial support through successive lockdowns. As such, we anticipate that the European banking sector will be in the position to drive recovery and emerge stronger and better in the wake of COVID-19.”

The post Banks will return to pre-COVID performance levels within three to five years appeared first on Payments Cards & Mobile.