Misys has unveiled what it claims to be the first banking app prototype for the Apple Watch.

Developed by a team at Misys Labs, the company said the technology would enable 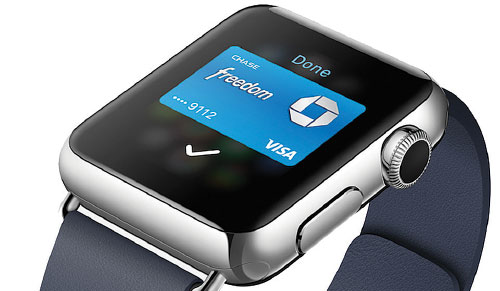 banks to provide services to their customers in an entirely new way. Called Misys FusionBanking Essence BankTime, the app is designed to give consumers greater control and clarity of their personal finances.

Misys has used Apple’s ‘glance’ feature – which provides a quick view of an app’s most important content – to show a customer’s available account balance. Users can also see more details of their balance, history and all transactions via the smartwatch, as well as receive fraud alerts and appointment reminders.

The app is also intended to encourage consumers to execute transactions directly from their Apple Watch, such as paying for a bill in a restaurant. The app features voice commands, traditional swipe and tap control, and a real-time user guide.

Misys noted that this new communication channel could open up a fresh level of contextual marketing for banks, with customers receiving notices of new services, or special offers based on their location.

Tamás Grünzweig, head of innovation at Misys, said: “Our ambition at Misys Labs is to bring financial services into consumers’ everyday lives. We focus on making banking relevant and frustration-free. Wearable devices, like the Apple Watch, bring a new, more convenient channel for consumers.”