The size of Apple Pay’s share in the mobile payments market in China will depend on how well Apple Pay fits the needs of the local market and how substantial an investment Apple and its partners are prepared to make. 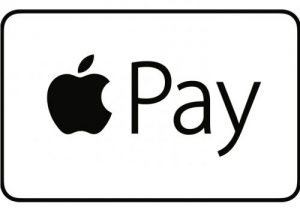 The offer included discounts of up to 50% for Apple Pay payments made at selected retailers using UnionPay’s QuickPass facility, as well as 50 times the usual number of reward points when the payment was charged to a credit card issued by one of 17 Chinese banks.

Apple hopes that this promotion will encourage the adoption and usage of Apple Pay in China and help it to compete with local mobile payment incumbents, Alipay and WeChat.

Apple Pay had good take-up following its launch 17 months ago, but its usage has been unsatisfactory ever since. Apple is a late entrant to China’s mobile payments market: it launched Apple Pay in China on 18 February 2016 in a market already dominated by Alipay and WeChat Pay.

The delay of its Chinese launch was primarily due to the need to meet local regulation requirements, which included locating data centres locally in China.

Apple managed to gain market attention immediately: on the first day of its launch, more than 30 million bank cards were reported to have been added to Apple Pay accounts.

However, despite these promising indicators, Apple Pay usage remains low. The current mobile payment ecosystem, based on QR code and bar code scanning, is mature in China, while NFC-based mobile payments – the systems that Apple Pay relies on – are still developing.

China is an important market for Apple,2 but its business in this country has continued to decline in recent quarters, which has put pressure on Apple to innovate in China.

Apple Pay’s first marketing campaign and the recent appointment of a new managing director for the Greater China region may serve to regenerate its presence in this market, and we expect more initiatives to be announced in the near future.

WeChat, and Alipay is built on Alibaba’s large ecommerce platform. Apple Pay is built on Apple devices and the Apple Store ecosystem, which has a smaller presence in China, but its users are typically high-value consumers.

Apple made it clear when it launched Apple Pay that it wants to work with, rather than compete against, the existing players in China’s financial services ecosystem (such as banks, Mastercard, Visa and UnionPay, which originates in China). Apple’s business model is predicated upon device sales, not mobile money fees.

Therefore, existing players may consider Apple to be a partner more than a competitor, which will help Apple to build strong finance partnerships.

In contrast, Alibaba and WeChat have bigger ambitions: both have secured finance licences and both own banks (MYBank and WeBank, respectively), which may lead to concerns for incumbent financial institutions.

Apple’s strong international coverage has helped it to win support from international brands. However, Alipay and WeChat are also expanding to international markets. For example, Alibaba has invested in Ascend Money (Thailand) and Paytm (India).

Both services have reached agreements with players in the USA, such as payments provider Stripe.4 Nevertheless, it is unlikely that either Alipay or WeChat Pay will be able to soon reach a similar level of international coverage to that which Apple has already achieved.

Apple Pay’s success in China will depend on its understanding of local consumer needs, as well as investment

The success of a product is not just about the product itself or the technologies; indeed, success mostly depends on the product’s ability to serve the local demand and fit user behaviour better than the competition.

For example, the red packet feature, which reflects Chinese traditions, contributed to the take-up of WeChat Pay. It will be difficult for Apple to replicate similar localised features, and its local partners will need to help. This most-recent marketing campaign has provided Apple with market attention and has encouraged Apple Pay usage.

However, it is not clear whether Apple’s campaign will contribute to repeated, sustained usage following this campaign and the cost of the campaign may be substantial (it is reported to be paid for by Apple, together with its key partner for this campaign, UnionPay).

Furthermore, leading players in this space – including Apple, Alipay and WeChat Pay – may launch more promotions in the near future, which will be costly for all players involved.

As the latecomer to this market space, these costs may be higher for Apple and its partners. Apple may end up with a share of the mobile payment market in China, especially with large chain brands, international businesses and high-end consumers that use Apple devices.

However, questions remain about how large its share will be; much will depend on how well Apple Pay fits the needs of the local market and how significant an investment Apple and its partners are prepared to make.