Ant Financial Services has struck a deal with Ingenico to push its mobile payments system into Europe. 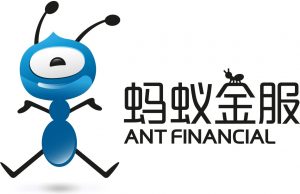 access Ingenico’s network of offline merchants in Europe, according to a person familiar with the situation. The collaboration comes after Ingenico disclosed in its latest earnings release an agreement to handle some of Alipay’s cross-border online payments.

While no investment will occur, a person familiar with the offline collaboration said Ingenico will receive service charges from Alipay and expects to see transaction volume grow. In 2015, Ingenico processed transactions in 170 countries; Alipay currently is accepted in 70 countries.

Ant’s push into Europe with the Ingenico partnership is the latest in its ambitious expansion plans. In June, it bought a 20% stake in Ascend Money, a Thai online-payment provider. A month earlier, Ant Financial orchestrated a collaboration with Uber Technologies Inc. that gives Alipay users the ability to pay for rides in the 68 countries where the ride-hailing service operates. This spring, Ant Financial hired Goldman Sachs Group Inc. veteran Douglas Feagin to spearhead its global push.

The Chinese company has forged other partnerships in Europe and elsewhere. It has collaborated with Wirecard and Concardis to offer mobile-payment services to Chinese tourists in Germany, France, the U.K. and Italy. Last year, it invested in India’s Paytm, one of the country’s largest mobile-payment platforms.

Ant Financial is flush with cash after closing a $4.5 billion fundraising round in April, putting a $60 billion valuation on the company. It has said in the past that it plans to list shares in an initial public offering, but hasn’t set a timetable.