Adapting to the future of Open Banking

The implementation of PDS2 (the Second Payments Services Directive) in January 2018, combined with Open Banking and increasing consumer demand for technologically enabled solutions has already led to change within the retail banking and payments industry. 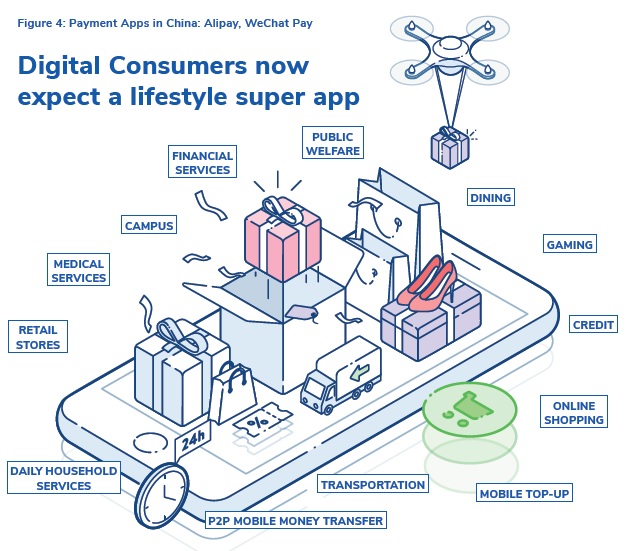 Adapting to the future of Open Banking

Open Banking provides access to consumers’ financial data, with their explicit permission, to third parties enabling those companies to create and distribute their own financial products. The implications for the financial services industry are huge, but the consequences are yet unknown.

A.T. Kearney has identified four potential scenarios indicating how the retail banking sector could shift as a result of Open Banking: the rise of the giants; status quo; retail revolution and banking dominance. By considering each of the scenarios, organisations can identify where to compete and what actions are needed to capture the most value.

The Rise of the Giants – In the first and most challenging scenario, the largest digital companies have entered the retail banking sector and are competing in significant sections of the value chain. Their digital expertise, customer-centric culture and focus on user experience will make them an attractive competitor. Amazon has long been rumoured to be close to entering the banking sector. Its data and processes would make it a compelling and very credible challenger to the established organisations in a very short timeframe.

The commercial impact on retail banks could be huge and it is difficult to see how a retail bank could compete, beyond building very local solutions tailored to a specific market. In this scenario, only the largest retail banks are likely to survive.

Status quo – In the second scenario, Open Banking has a much more limited impact with consumers’ uptake muted. A few small propositions will come to market but they won’t see widespread adoption and the overall size and shape of the value pools for retail banking will remain unaffected. However, this scenario is unlikely because of regulatory pressure, investment and progress already made in this space.

Retail Revolution – The third scenario suggests the largest banks will be the likely winners as they fortify their ecosystem. Incumbents such as HSBC are already devoting considerable resource to their global ecosystem strategy. For example in 2017 it announced a partnership with Sa-Dhan to develop a digital ecosystem focused on the unbanked population of India.

The largest banks will recapture value through new products and services that their competitors cannot match. They will build their own payment networks and integrate directly with the largest merchants. The picture looks different for small and medium-sized banks, however, which will be unable to compete in customer experience and pricing. The result is a significantly consolidated market.

Banking dominance – In the fourth and final scenario, merchants will use Open Banking to facilitate seamless purchases and retail banking and retailers will become fully integrated for most purchase types. Retail banks will own the secured lending product, but all other transactional banking and lending products will be facilitated at the point of sale. Only the largest retail banks will invest heavily to capture the value available. The rest will likely rely on their acquirers to capture and share some of this value.

“No one can be sure exactly how Open Banking will evolve and trying to make a firm prediction can seem almost impossible. However, based on our work with a variety of financial institutions, we envision four key potential end states,” explains Peter Hewlett, Partner at A.T. Kearney.

“Armed with this scenario-based view of the future, organisations will be much better equipped to explore the potential options and develop a playbook for each scenario. While some scenarios will never materialise, it is important the industry understand how they could be impacted and the actions they should take depending on how the market evolves.”

The post Adapting to the future of Open Banking appeared first on Payments Cards & Mobile.